A EUROPEAN EXPERIENCE OF ARTISTIC RESIDENCY

In connection with the programming of Vies de papier [Paper Lives] at the Comédie de Béthune on 21, 22 and 23 November 2018, La Bande Passante also spent two weeks in June 2018 in flat no° 222 of the Docteur Paul-Breynaert residence in Béthune.
There as artists, but first and foremost as neighbours, Benoît Faivre, Kathleen Fortin, Nicolas Jaeck, Pauline Jardel and Sébastien Coste shared in the small nothings of everyday life with local residents, such as at the local bar, ‘Le Longchamp’, the Pierre-Michelet school fete, cooking workshops, coffee sessions, card games and through the organisation of an object theatre show at the Centre Rosa-Luxembourg. An artistic work invented day by day with the locals, to share in the taste of the city and of others…here or elsewhere, we all neighbours!

La Bande Passante also took over the central courtyard of the residence to create the event La Cour d’Histoires [The Courtyard of Stories]. The company invited local residents to share memories and anecdotes of the neighbourhood, as well as songs, writings, drawings and more.

54 sound recordings, some twenty filmed portraits of locals and numerous photos and drawings were collected. These personal stories evoke the true mythology of the neighbourhood.
The material collected at the Cour d’Histoires was transferred to the Meet the Neighbours / Béthune #2 website which now belongs to the residents and artists to come. 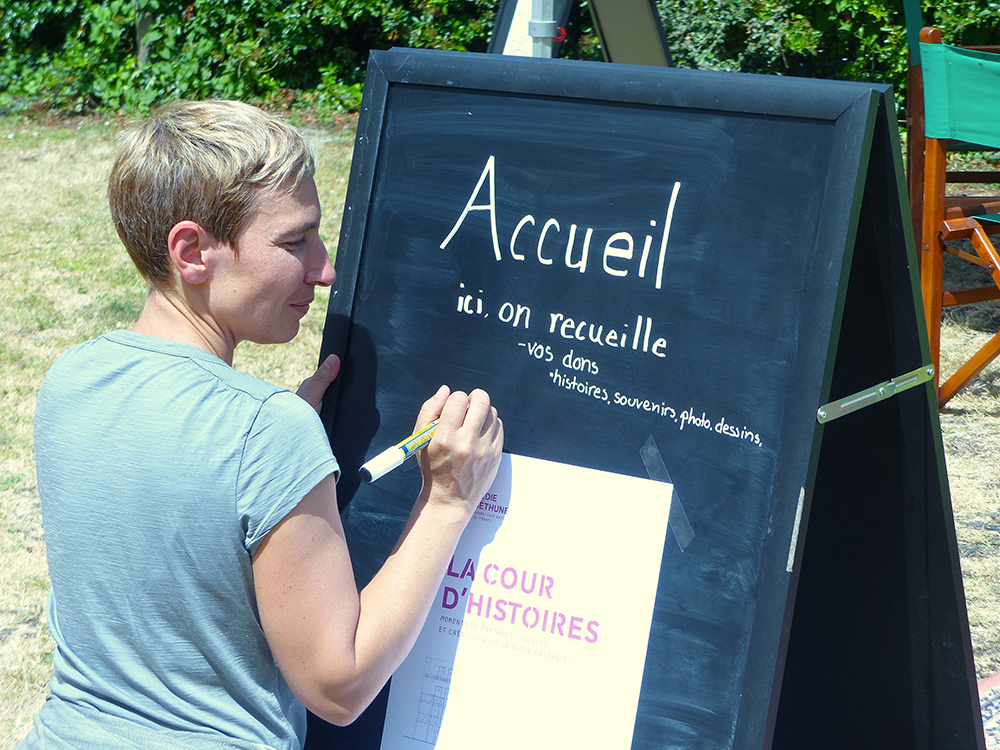 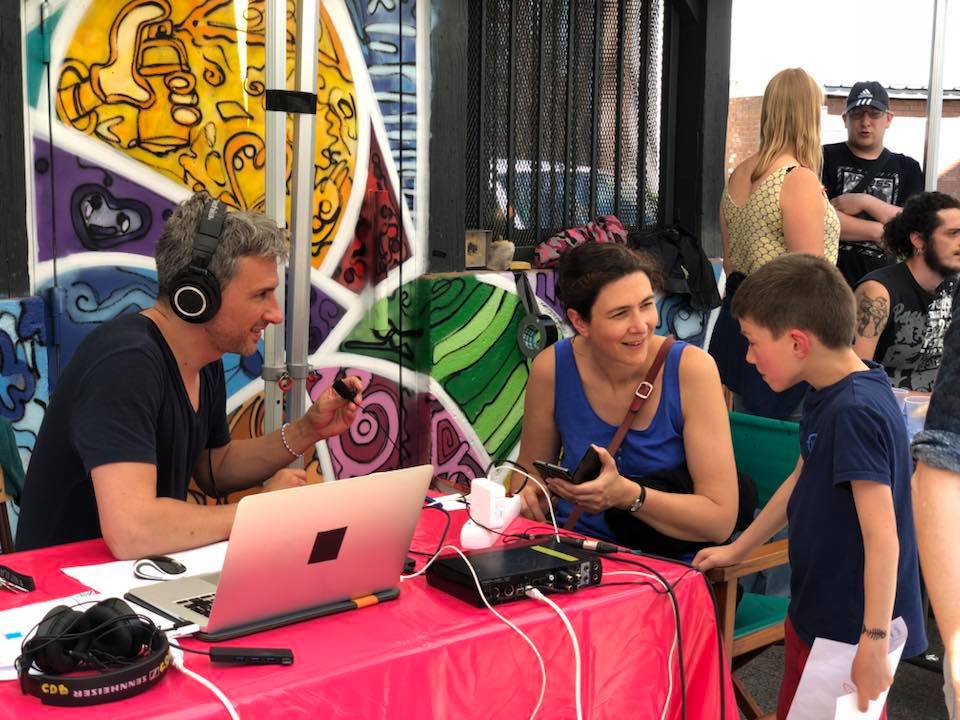 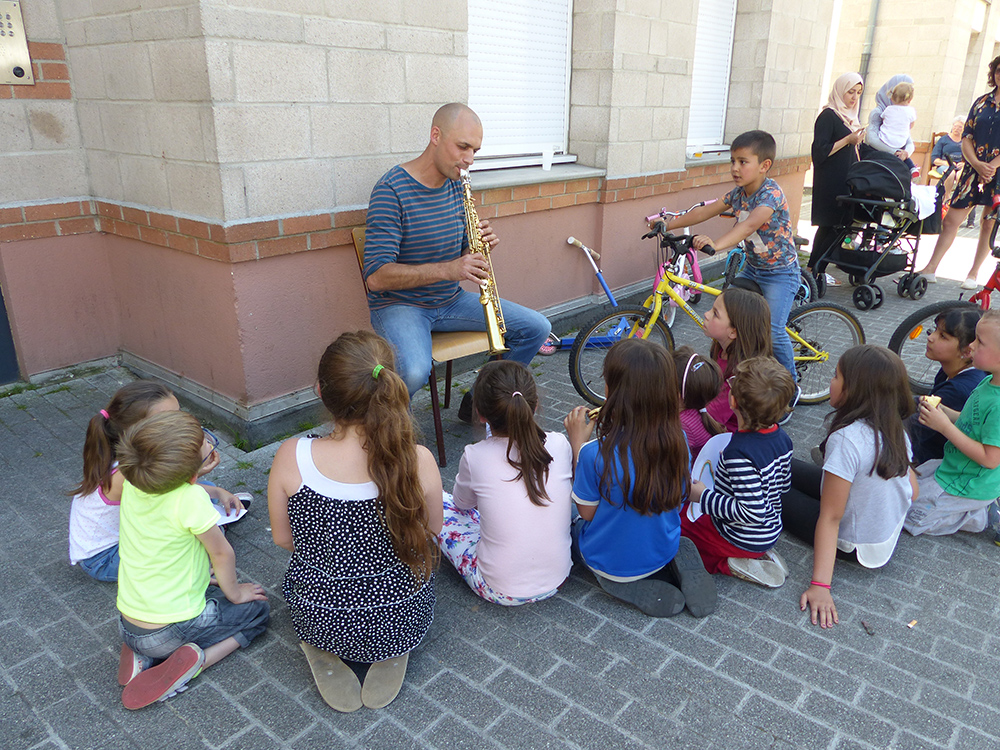 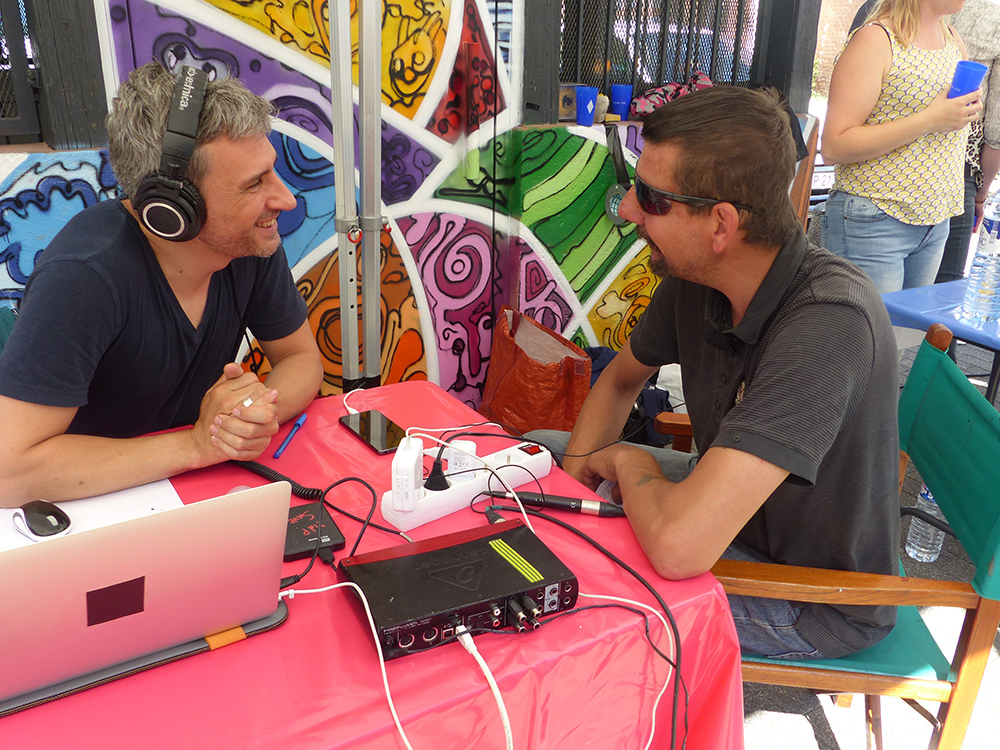 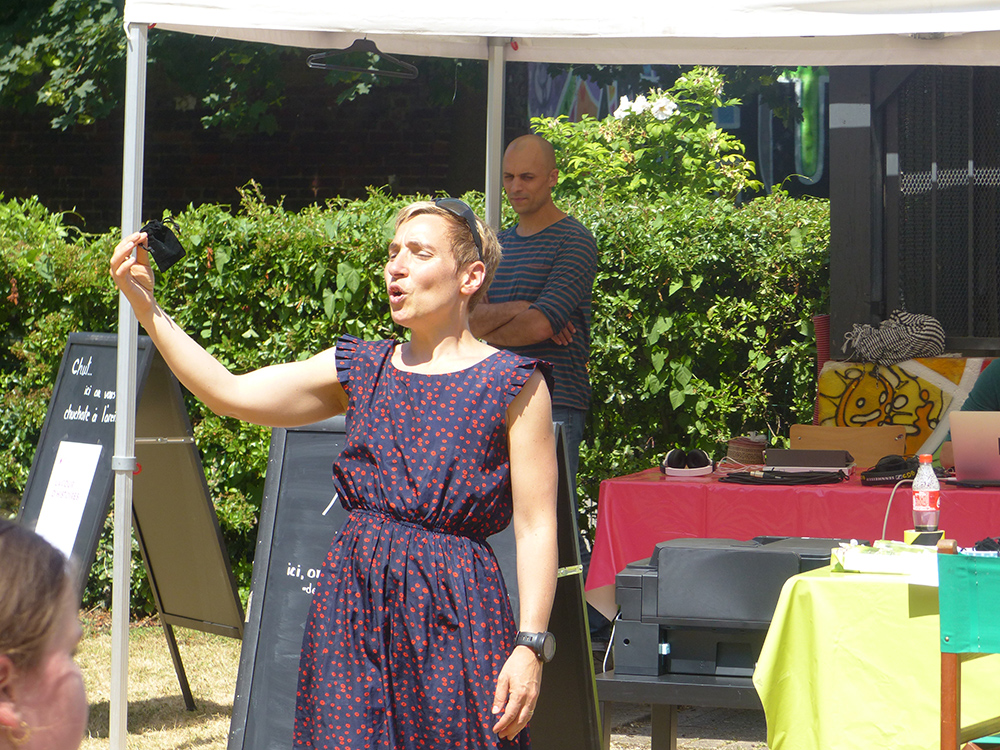 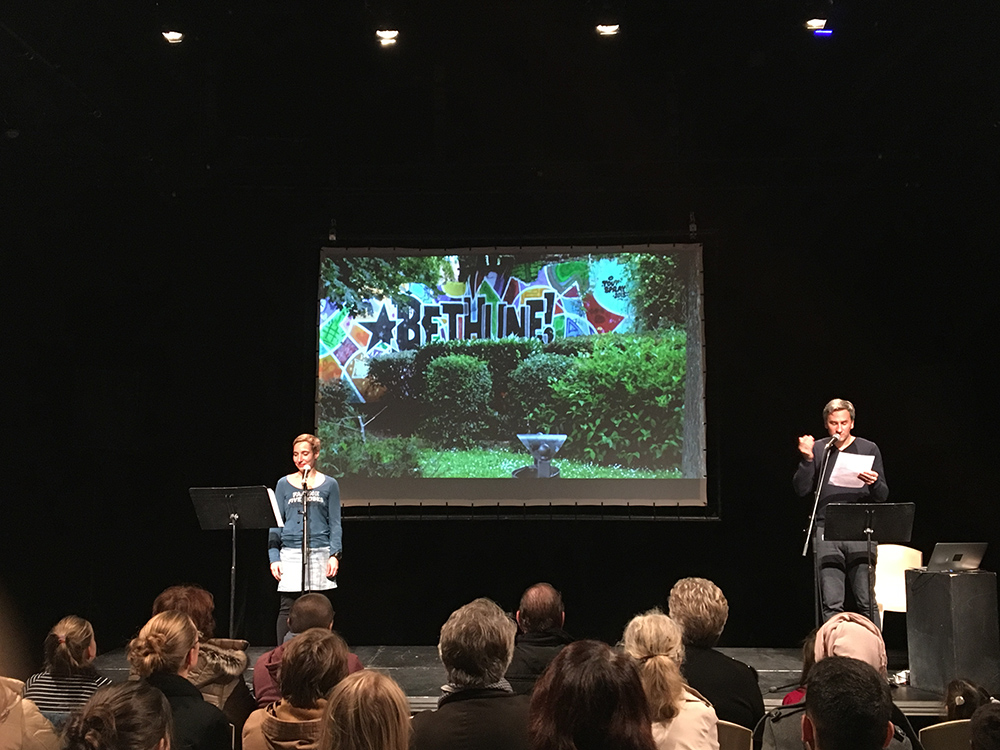 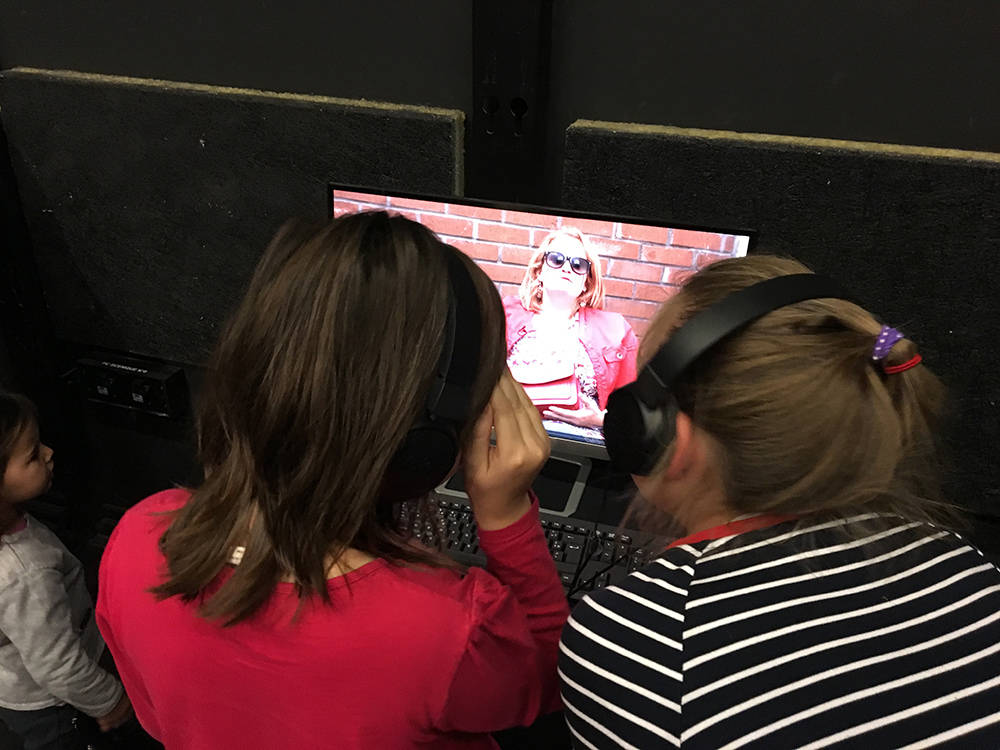 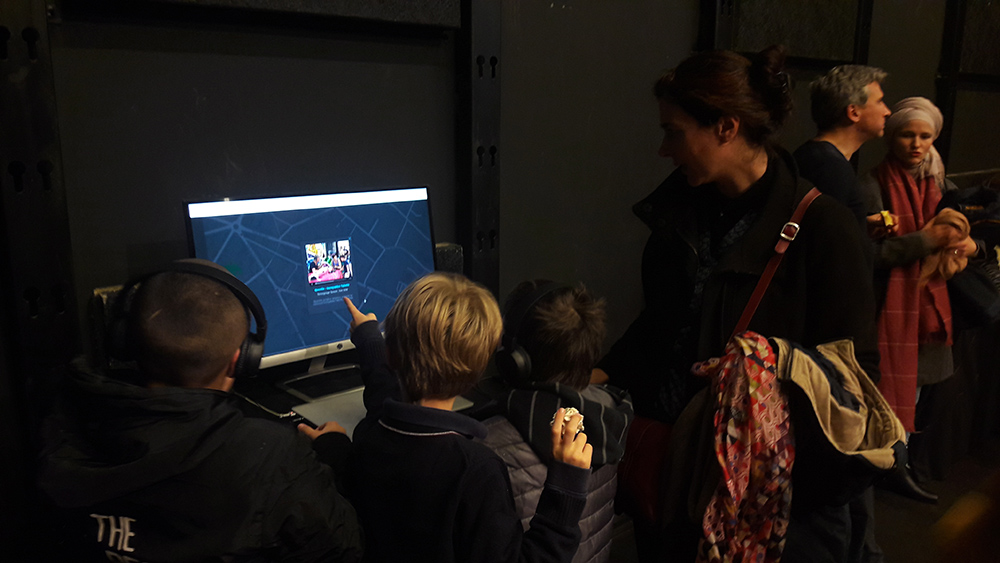 Meet the Neighbours / Béthune #2 was commissioned by the Comédie de Béthune – the National Drama Centre of Hauts de France, from La Bande Passante, Object Theatre Company, with the support of SIA Habitat.

Meet the neighbours is a programme funded by the Comédie de Béthune – the National Drama Centre of Hauts de France, the European Union in the framework of Europe Creative and the Hauts-de-France regional authority. With the support of the Hauts-de-France social housing organisations SIA Habitat and Maisons & Cités. In partnership with the towns of Béthune, Lillers and Bruay-la-Buissière.